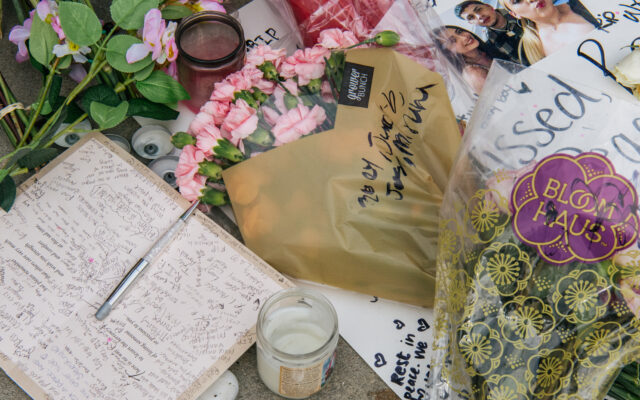 HOUSTON, TEXAS - NOVEMBER 09: A memorial to those who died at the Astroworld festival is displayed outside of NRG Park on November 09, 2021 in Houston, Texas. Eight people were killed and dozens injured last Friday in a crowd surge during a Travis Scott concert at the Astroworld music festival. Several lawsuits have been filed against Scott, and authorities continue investigations around the event. Scott, a Houston-native rapper and musician, launched the festival in 2018. (Photo by Brandon Bell/Getty Images)

The latest death is 9yr old Ezra Blount, who fell and was trampled during Travis Scott’s performance.  According the the family, he was on life support for days due to brain swelling and organ damage.  Ezra’s family’s attorney, Ben Crump, released the following statement: “The Blount family is grieving the incomprehensible loss of their precious young son. This should not have been the outcome of taking their son to a concert, what should have been a joyful celebration. Ezra’s death is absolutely heartbreaking. We are committed to seeking answers and justice for the Blount family. But we stand in solidarity with the family, in grief, and in prayer.”