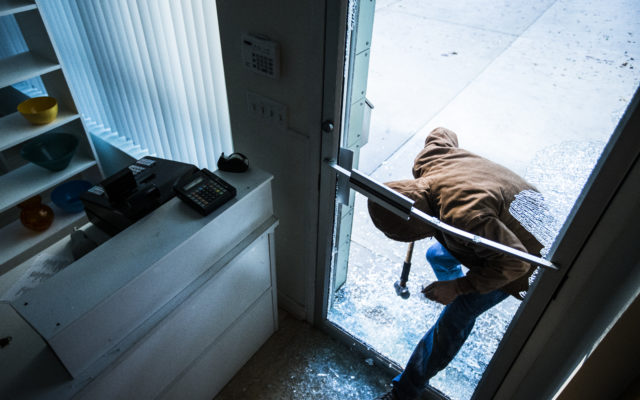 A robber using a sledgehammer to break the glass of a retail store.

A thief was caught on camera snatching a 7-foot Grinch statue from the front of a home.

“It just beggars belief what people will steal these days,” said Staffordshire resident Kealeigh Hall, 30, who was watching TV with her husband, Jon, when the theft occurred.

The closed-circuit security camera clip shows a hooded crook swiping the homemade mannequin from the family’s doorstep before marching off with the decoration slung over their shoulder.

The robbery was particularly devastating as Hall made the statue from scratch for her 3-year-old son, Carter, by dressing a store mannequin in a Grinch getup.