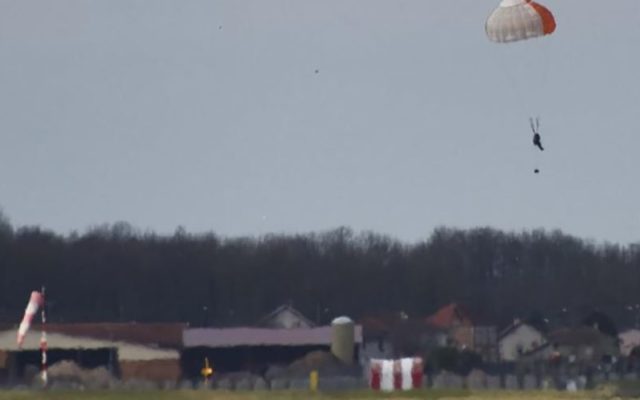 A 64-year-old French man was gifted a flight in a fighter jet by his colleagues, even though he’d never expressed any desire for such an experience. The unidentified man was so nervous before the flight that “his heart was in full tachycardia,” with beats ranging from 136 to 142, data from his watch showed. He nevertheless went through with the flight, but when the jet — a French air force Dassault Rafale B, which can reach maximum speeds of 870 mph — hit 2,500 feet in the air then abruptly started climbing further, the man was so scared that he went to grab for something and accidentally pressed the eject button. He was shot into the air, and glided with a parachute before hitting the ground in a tumble near the German border. His helmet wasn’t properly fastened and it flew off during the incident. But he wasn’t seriously injured, and the pilot was able to land the plane safely. The passenger was taken to the hospital.