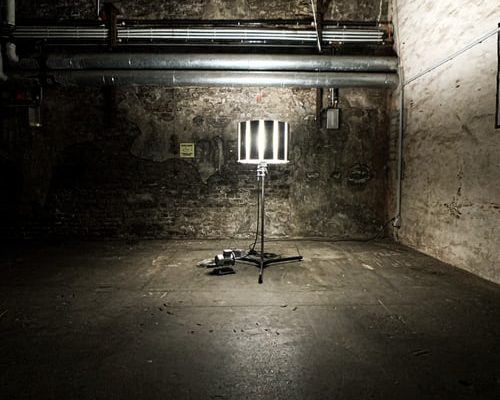 The mayor of Bowling Green, Kentucky, got an unexpected surprise at a house he owns in the city. Bruce Wilkerson said he found a woman hiding, and possibly living, in a crawl space in the cellar. According to Wilkerson, he first heard strange noises and smelled cigarettes in the house. When he ventured down into the basement, he found blood on the door and a knapsack filled with women’s clothes. Moments later, he also discovered a woman who was covered in dirt. She told the mayor that someone was after her. But when the mayor called police, the woman ran off. “I told the officers when they came that she didn’t steal anything. I asked the officers why they were grinning and they said that no matter how they write the report, it’s going to say the mayor locked a woman in his house,” Wilkerson said jokingly. Wilkerson said the woman is in her 20’s and has long brown hair. Police are seeking more information about her.