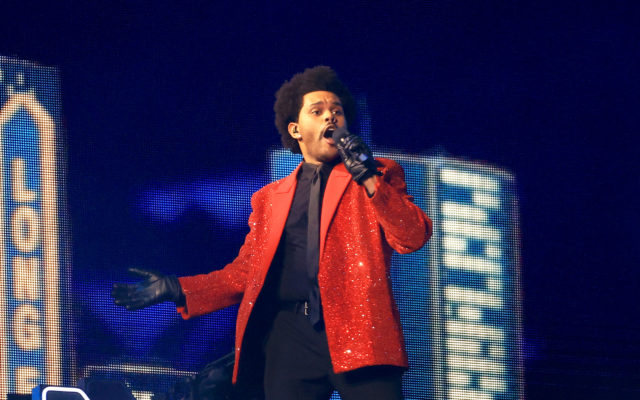 The Weeknd and Angelina Jolie were spotted again over the weekend. The famous pair were seen at Mustafa The Poet’s private concert in Los Angeles.

A photo of the two was posted on Deuxmoi’s Instagram page. The Weeknd wore a denim jacket over a black t-shirt and black sunglasses, while Jolie wore a dark jacket and flashed a smile for the picture.

Earlier this month the singer and movie star was spotted at Los Angeles hotspot, Giorgio Baldi.

A source told The Sun that the Weeknd traveled to New York recently for lunch with Angelina and her 17-year old son, Pax, who is a big fan of The Weeknd. The Weeknd has been spending more time on his film career so maybe he’s just seeking advice from Jolie, or maybe not.