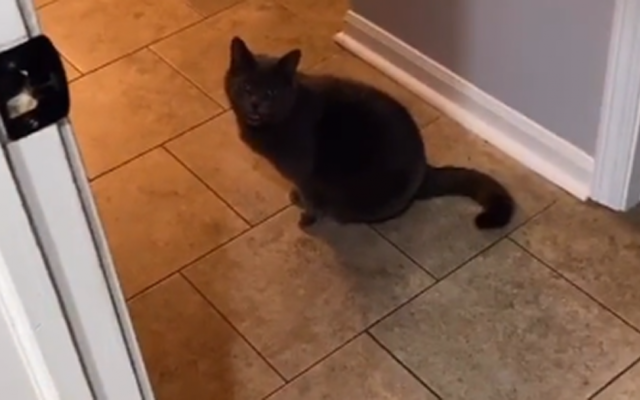 A recent TikTok video showing a cat asking its owner, “Are you coming?” has gone VIRAL, but some people just aren’t buying it. Ike Tommy who is the owner of the cat was pretty surprised as he was recording his pet in the bathroom. In the video, the Ike’s cat appears to meow as she was waiting for her owner to return to the other room.

In what sounds JUST like a human, the cat apparently asks Tommy if he’s coming. The occurrence is so crazy, Ike walked over to the her to get a better view… “What did you just say?” Tommy asked the cat.

The video instantly went viral and has now been viewed 1.8 million times and counting on TikTok.

TikTokers are in a huge debate on whether or not this is really the cat saying ‘Are you coming’!