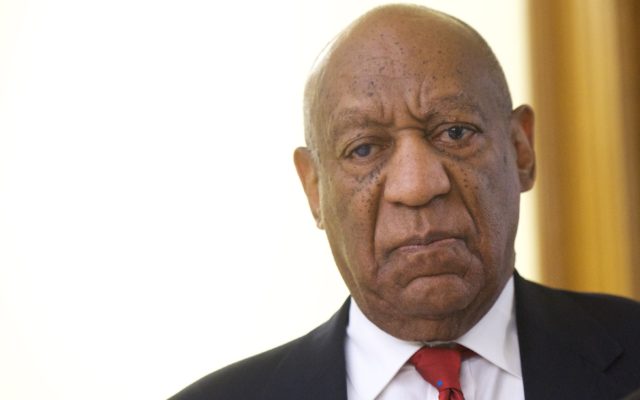 NORRISTOWN, PA - APRIL 26: Bill Cosby walks after it was announced a verdict is in at the Montgomery County Courthouse for day fourteen of his sexual assault retrial on April 26, 2018 in Norristown, Pennsylvania. A former Temple University employee alleges that the entertainer drugged and molested her in 2004 at his home in suburban Philadelphia. More than 40 women have accused the 80 year old entertainer of sexual assault. (Photo by Mark Makela/Getty Images)

The court agreed with a previous prosecutor that prevented Cosby from being charged in the case.

The court said the prosecution’s decision not to charge him allowed for Cosby to speak freely in a lawsuit against him. That testimony was key in his conviction years ago.

Cosby served more than 2 years of a 3-10 year sentence.

He vowed to serve all 10 years rather than apologize.

Now that Bill Cosby is a free man, several of his accusers are speaking out about his conviction being overturned.

One woman, Sammie Mays, said his release is “disrespectful and despicable.”

Another one, Angela Leslie said, “I’m surprised and shocked with today’s news of Cosby’s release. It seems the justice system served the criminal, in this case, as opposed to the victims.”

She also said, “At this point, I just hope that he took time to reflect on the pain and anguish his actions caused so many women. And, also puts in the work towards becoming a better person.”