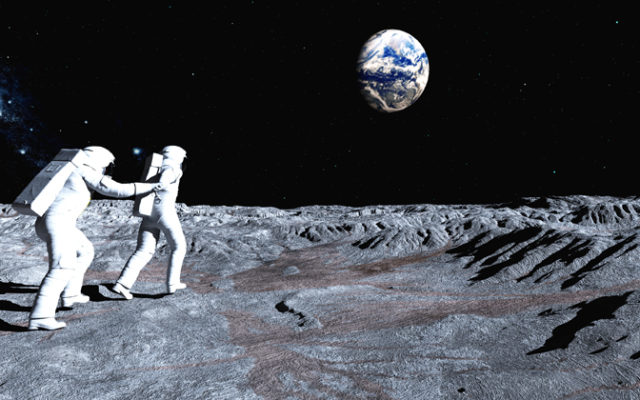 The image follow me to Saturn 3D illustration. Structures are generated in 3d to the program

Japanese billionaire Yusaku Maezawa announced Sunday that he is seeking applicants to be his girlfriend and join him on the first private voyage to the moon through Elon Musk’s SpaceX program. “As feelings of loneliness and emptiness slowly begin to surge upon me, there’s one thing that I think about: continuing to love one woman,” the 44-year-old online fashion entrepreneur said. The ZoZo founder continued saying, “I want to find a ‘life partner’. With that future partner of mine, I want to shout our love and world peace from outer space.” Maezawa said his dating pursuits will be filmed as part of a new documentary series titled Full Moon Lovers, which will be streamed on the service AbemaTV. The show is looking for single women over the age of 20 who are “interested in going into space and able to participate in the preparation for it.” Applications close January 17th and the billionaire will choose by March.