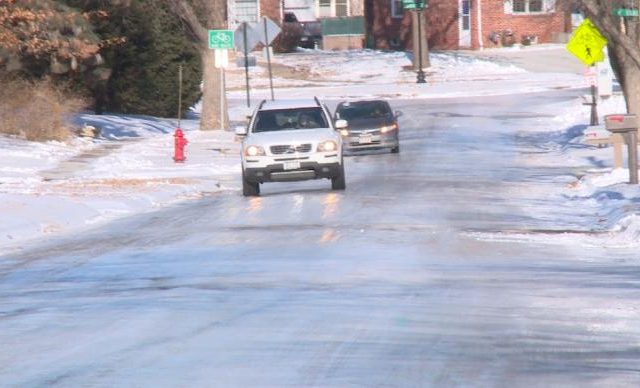 LINCOLN, Neb. (KOLN) – All across Lincoln, drivers are struggling to get in and out of neighborhoods as roads are covered in a sheet of ice, and the city told 10/11 NOW there’s nothing they can do.

“It’s been a solid sheet of ice, very difficult to get in and out safely,” said Victoria Hilton, who lives just northwest of downtown.

Hilton said she’s lived in that part of town for 30 years, and winter after winter her roads turn icy and she can’t get out of her house.

“I’m not brave enough, my car is too light,” Hilton said. “I’ve seen too many neighbors getting stuck.”

Casady said the combination of snow, freezing rain and flash freezing created these icy conditions on residential roads, which hadn’t been treated with brine or had materials spread on them.

“We prioritized our resources on the arterials, bus route and school zones,” Casady said. “At this point, the temperatures are bitterly cold, and de-icers are largely ineffective below 15 degrees. We also do not have sufficient spreaders, staff or material to spread sand and gravel on all residential streets.”

Casady said even if they did, it wouldn’t be very effective unless applied frequently.

Those who must drive on the roads to get to school or work in the morning said they aren’t looking forward to braving the roads.

Ligon lives in southeast Lincoln. She said the ice on the roads has kept her inside all weekend.

“I tried leaving once and my husband had to come to get me, I couldn’t stop on the hill down the street from our house,” Ligon said.

Jeannette Harper, another Lincoln driver who lives in the Belmont neighborhood, said she’s braved the roads, but it hasn’t been easy.

“There’s been a lot of slipping and sliding, I don’t remember it being this bad,” Harper said.

Drivers said they understand the city only has so many staff members but said something needs to be done.

“This is the safety of the people,” Harper said.

Harper said the city should have spread the brine they use on main roads on some residential streets.

Hilton said the city needs to find a way to change its procedures.

Ligon said she just wants to take her kids to school safely, and not be afraid to leave her home.

“With another snowstorm coming later this week, I don’t see temperatures warming up,” Ligon said. “It’s only going to get worse.”

Casady said their crews will continue to monitor residential streets that are bus and school routes.

If drivers have to be out on the untreated residential roads, Casady said to drive at a walking speed, increase following distance and don’t rush their commute.