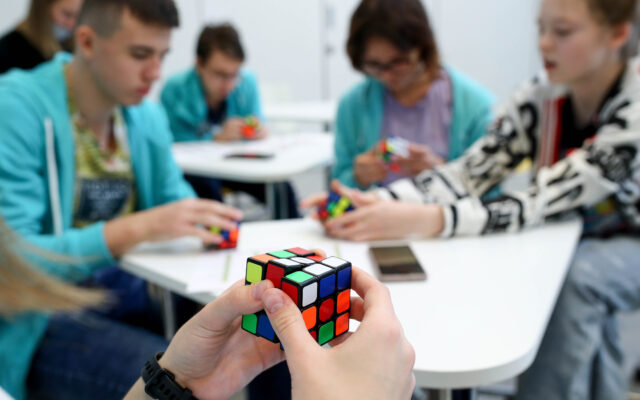 SIRIUS FEDERAL TERRITORY, RUSSIA - OCTOBER 5, 2021: Children attend a class at the Sirius Education Center in the Sirius Federal Territory on the Black Sea coast. The Sirius Urban District was established in Russia's Krasnodar Territory on March 25, 2020. Sochi Olympic facilities and the Sirius Education Center are located in the district. Russian President Vladimir Putin signed a decree to designate Sirius as a federal territory on December 22, 2020. Sergei Bobylev/TASS (Photo by Sergei BobylevTASS via Getty Images)

One college class does not have to do their final, all thanks to one student.  The unnamed student had to solve a Rubik Cube in less than 30 seconds and the entire class could skip their final.  That student solved it and now is a hero. Checkout the video below.