Dua Lipa To Make Concert Film, Sources Say It Can Bring Her A Fortune 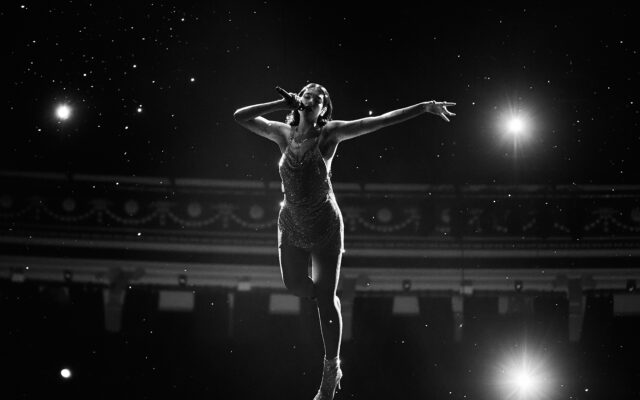 LONDON, ENGLAND - NOVEMBER 22: (EDITORS NOTE: Image has been converted to black and white. A color version is available.) In this image released on November 22, Dua Lipa performs onstage for the 2020 American Music Awards, broadcast on November 22, 2020 in London, England. (Photo by Gareth Cattermole/Getty Images for dcp)

As Dua Lipa gets ready to go on tour next month the singer has signed off on having a cameraman follow her every move.

The “Levitating” singer has been approached about having footage for her concert and behind-the-scenes footage turned into a documentary.

“Dua is particular about what she does and won’t agree to anything she is not happy with. But she has signed off on having a cameraman on the road with her to capture everything that goes down,” an unnamed source told The Sun.

The source says that if Dua does turn her concert footage into a documentary she could be in line for a big payday as every streaming service would want to have it.

Cameras start rolling on February 9th as she kicks off her Future Nostalgia Tour in Miami.