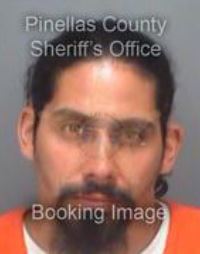 A 29-year-old woman was walking through a Walmart in Largo, Florida, when she noticed Juan Antonio Velez following her. At one point, he “walked up to her and grabbed her butt.” The victim said that Velez, 30, then continued to follow her. When she got to the self-checkout line, he again groped her butt, prompting her to tell him to “stop it.” The woman told Walmart management “she was afraid, so they took her to an office,” a Largo Police Department officer reported. When questioned, Velez reportedly confessed to “grabbing her butt twice and said that is how he talks to women.” He acknowledged that he touched the victim “prior to making any conversation” with her. The “entire incident,” police reported, was recorded by Walmart security cameras. Velez was arrested for battery and booked into the county jail on the misdemeanor charge. Velez has been ordered by a judge to have no contact with the victim.

The Smoking Gun was able to get the police report and the booking photo.