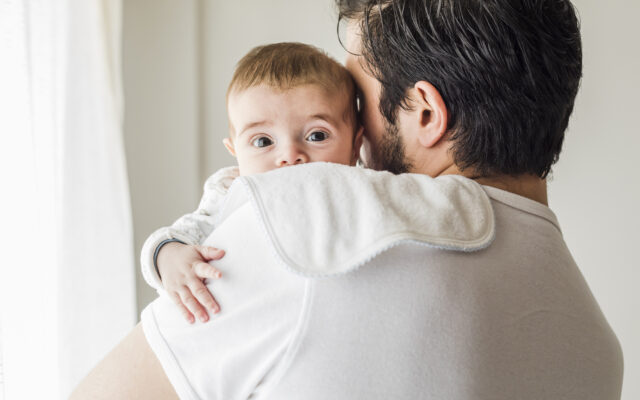 Father burping his baby in bedroom, after being breastfed.

President Joe Biden is invoking the Defense Production Act to address the widespread shortage of baby formula, the White House announced Wednesday evening. The move will get ingredients to manufacturers to help speed up production, the administration said.

“The President is requiring suppliers to direct needed resources to infant formula manufacturers before any other customer who may have ordered that good,” the White House said in a statement. “Directing firms to prioritize and allocate the production of key infant formula inputs will help increase production and speed up in supply chains.”

When it comes to searching for a solution to the baby formula shortage, the internet can be either good or bad. There is a great deal of dangerous misinformation for those desperately searching.

“There’s a lot of stuff floating around out there that’s definitely like, oooh,” said mother of two Karla Sargent. “It’s probably not the best, but I get it, some people are thinking well, what else do you do?”

For starters, do what Karla did. The Lincoln mom was having a hard time finding the formula she needs for her two-month-old, so she created the Facebook group Nebraska Formula Finder. It started with a few friends and has grown to around 400 from across the state.  Read the full story HERE.