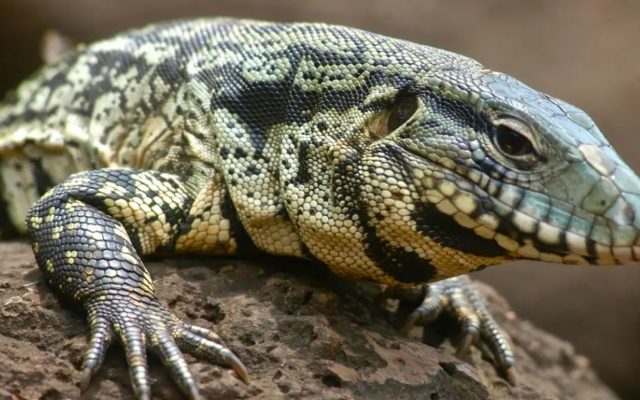 Georgia wildlife officials are trying to eradicate a giant, invasive lizard species with the potential to wreak havoc on the state’s native wildlife. The Argentine black and white tegu was first seen in Florida and has now established itself in two counties in Georgia, with the potential to spread rapidly. The lizard can grow up to four feet long and “can have negative impacts on our native species.” They eat just about anything they want — plant and animal matter — including the eggs of tortoises, turkeys, and quail. This is the third year that the lizard has been found in Georgia, which strongly suggests that the species is able to survive Georgia’s colder winters. The lizards, which are native to South America, are sometimes mistaken for baby alligators. As they have also become a “common” pet, owners can turn in their tegu to a reptile adoption group if they no longer want it. Experts warn against releasing them in the wild.

Insider.com has the full story.