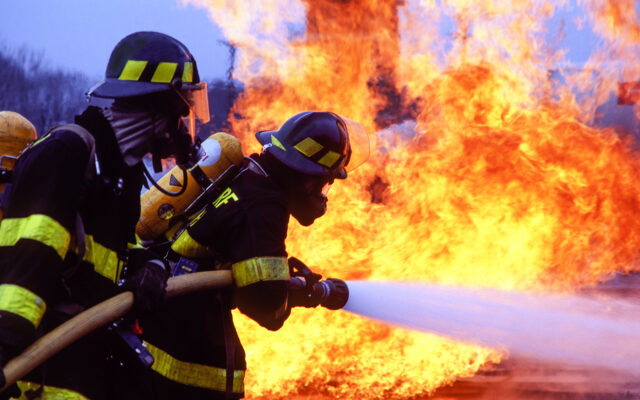 Two fireman spraying water at base of orange flames.

A house in Lafayette, Indiana caught fire in the middle of the night last week.  And a 25-year-old guy named Nicholas Bostic saved 4 kids and an 18-year-old.  He was driving home from work when he saw the flames.  So he pulled over . . . called 911 . . . ran inside to wake everyone up . . . and got four of them out.  Then they said a six-year-old girl was still inside.  So he ran back in . . . found her upstairs . . . and held onto her while he jumped out a second-story window.

Everyone who was inside was okay.  Nick ended up with burns and a deep cut on his forearm, but he says he’ll be fine.  People have already donated over $50,000 on GoFundMe to cover their medical bills.