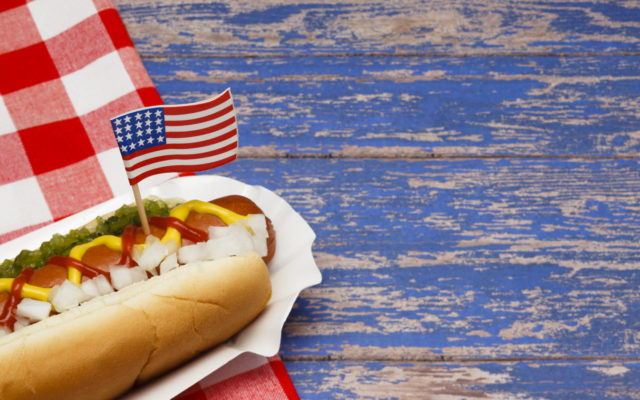 Ketchup, mustard, onion and relish on a hot dog with US Flag, focus on flag

The pandemic put a damper on this year’s Fourth of July celebrations in the U.S., but some things never change. Joey Chestnut and Miki Sudo repeated again as men’s and women’s champions at Saturday’s Nathan’s Famous July Fourth hot dog eating contest. Chestnut downed 75 wieners and buns in 10 minutes and Sudo downed 48 1/2 in a competition that took place at an undisclosed location, and with no in-person spectators. Both hot dog totals were world records. “I’m always pushing for a record,” Chestnut said before the contest aired on a live sports-starved ESPN. “I know that’s what the fans want.” Sudo told organizers she preferred to compete outside, and wasn’t a fan of the new format. Competitors were separated by plexiglass barriers. Judges sat six feet apart while watching. Music was pumped in to inspire competitors and the production crew cheered on the eaters for extra motivation.