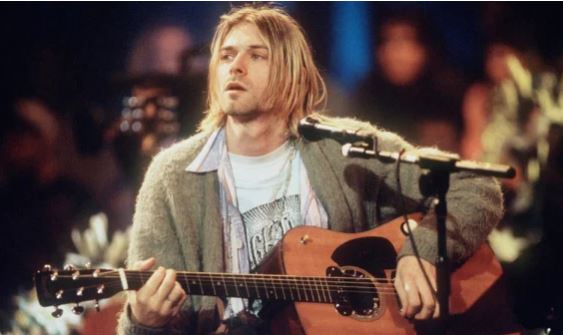 The guitar Kurt Cobain played during Nirvana’s legendary MTV Unplugged performance sold for $6 million Saturday, obliterating the $3.95 million record set last year by the sale of Pink Floyd member David Gilmour’s iconic black Stratocaster. Bids for Cobain’s 1959 Martin D-18E—modified for the left-handed player—started at $1 million at the event run by Julien’s Auctions in Beverly Hills. It was sold to Peter Freedman, owner of Røde Microphones. “This important guitar has earned its rightful place in rock & roll history as the instrument played by one of rock’s most influential musicians and icons in one of the greatest and most memorable live performances of all time,” auction house CEO Darren Julien said. Other items from the November 18th 1993, show in the auction included a set list and lyric sheets. (Last year, the cardigan Cobain wore for the gig became the most expensive sweater ever sold.)