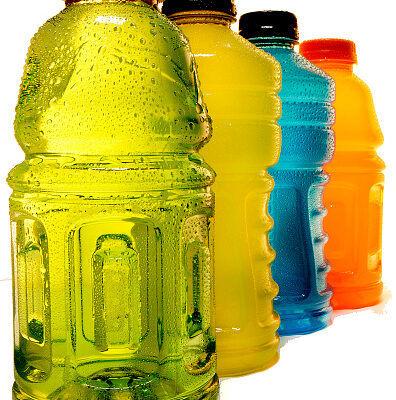 Gatorade, Powerade and other sports drinks have drenched just about every sport in America, from triathlons to pee-wee soccer.But sports drinks are also popular with spectators in the stands, kids playing video games, long haul truckers and office workers. Sports drinks play a role, but itís often overplayed. Gatorade, Powerade and other sports drinks often pack a lot of sodium and salt, which isnít necessarily needed. Often hydration during and after exercise is a simple matter of quenching thirst and not overdoing it. (Photo by Kirk McKoy/Los Angeles Times via Getty Images)

We all have purchased a package like this at least one time in our lives.   However, did you know this?  Check out the latest life hack from the Jenn & JDub Show.