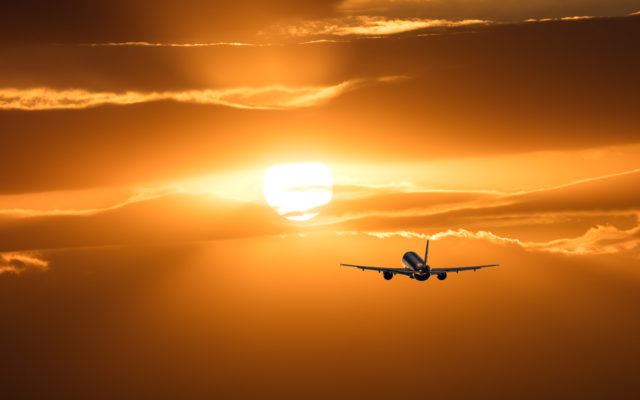 Plane is taking off at sunset

A Jakarta-based socialite famous for his extravagant lifestyle, posted a series of photos to Instagram showing he and his wife traveling alone on a Batik Air flight from Jakarta to Bali.

Muljadi said he bought as many tickets as possible for the flight — which boasted 12 business class seats and 150 economy class seats — because he and Shalvynne Chang were “super paranoid” about being exposed to COVID-19.

He didn’t say how much he paid, but wrote the amount was “still cheaper” than chartering a private plane.

The airline confirmed Muljadi and Chang were the only passengers on the flight but said Muljadi had only booked two tickets in his name.

I couldn’t imagine the flight attendants reaction when only two people got on the plane.