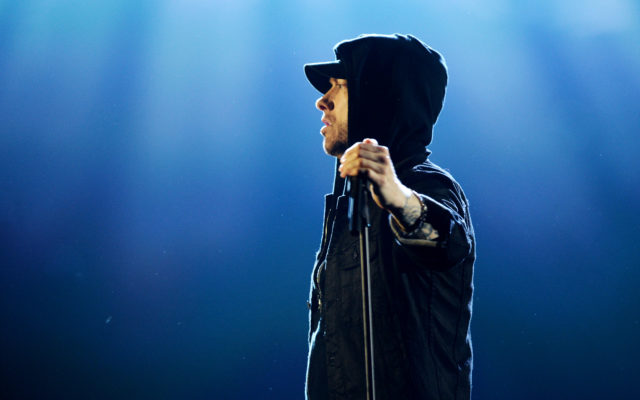 LONDON, ENGLAND - NOVEMBER 12: Eminem performs on stage during the MTV EMAs 2017 held at The SSE Arena, Wembley on November 12, 2017 in London, England. (Photo by Dave J Hogan/Getty Images for MTV)

A TikTok video claiming Eminem’s song “My Name Is” has a secret message when played in reverse, has amassed over 700,000 views.

A TikToker named “KJ” plays the song in reverse and says you can hear the message, “I’m Eminem.”

As KJ plays the chorus, “Hi My Name Is,” he reverses it and it sounds like the words “I’m Eminem” can be heard. Not everyone is sold on what KJ hears, one person commented, “This is a far stretch.”

Another skeptic commented, “total coincidence,” some heard something different altogether, one person said they thought they heard, “cinnamon.”