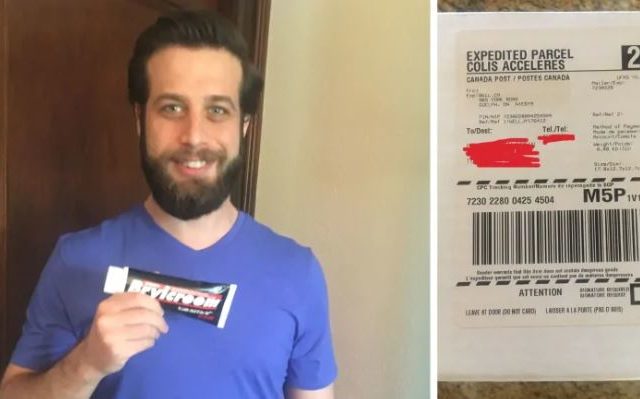 When the fifth season of Mad Men aired in 2012, Canadian man Elliot Berinstein decided to try out the Don Draper look and ordered some hair cream online. It arrived three weeks ago. “I was very confused because I hadn’t ordered anything from Well.ca in awhile,” he says. “And then I remembered one time about eight years ago I ordered something from them.” He decided against using the Brylcreem after opening the tube. “It was bright yellow,” he said. “When I Googled it, it was supposed to be pretty white, so I didn’t try it out.” Berinstein, a doctor, says the package never turned up at his Ottawa address after the 2012 order. After moving to Toronto, he contacted the company and asked them to send it to his new address—and when it didn’t turn up there, he decided to quit chasing the $5 order. Canada Post says it will look into the late delivery, but Berinstein says he’s moved on from wanting to copy the Mad Men look.