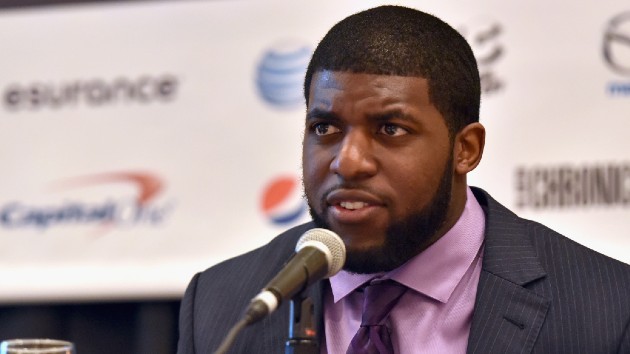 (LOS ANGELES) — In the wake of George Floyd’s death and protests calling for racial justice, former NFL star-turned broadcaster Emmanuel Acho is tackling tough conversations about race in America off the field.

The former Philadelphia Eagle-turned-broadcaster recently released a new YouTube series called Uncomfortable Conversations with a Black Man, and in its second episode, he was joined by Oscar winner Matthew McConaughey.

“I’m here … to learn, share, listen, understand,” the actor said when asked why he joined the athlete.

“Here to discuss some common ground between us, but also [be] exposed [to] the differences between us…I’m here to have conversation, hopefully promote more conversations, and, with the end goal being that we take the time we’re in now [to] constructively turn a page in history through some righteous and justifiable change.”

About 22 million people saw Acho’s first episode of Uncomfortable Conversations with a Black Man, and, since its debut last night on Acho’s social media, more than five million have already seen the second video with McConaughey, according to Acho.