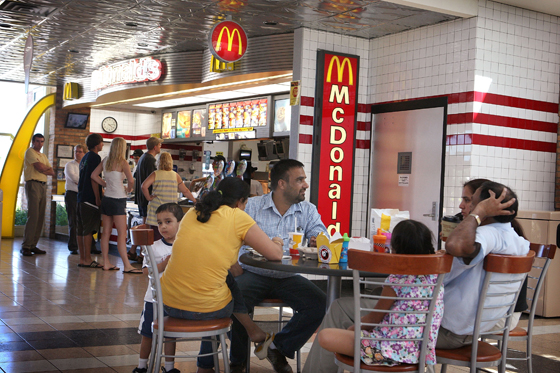 Maguire McLaughlin, 19, arrived at a McDonald’s in Vero Beach, Florida, at around 3:45 AM on January 1st, where she ordered a “large amount of food” at the drive-thru window. At that point, McLaughlin asked for one dipping sauce in each flavor McDonald’s offers. An employee responded by saying that each packet would cost McLaughlin 25 cents, “at which point a verbal altercation ensued.” McLaughlin “began yelling profanities at several employees stating she would ‘rob’ the establishment if she didn’t get her dipping sauce.” McLaughlin added that she would procure the dipping sauce “by whatever means necessary.” When questioning her, police detected alcohol on her breath and noted that the teen’s “eyes were glossy and speech was slurred.” She “would momentarily become cooperative” with cops, and then begin yelling profanities. McLaughlin was arrested for disorderly conduct and resisting arrest.