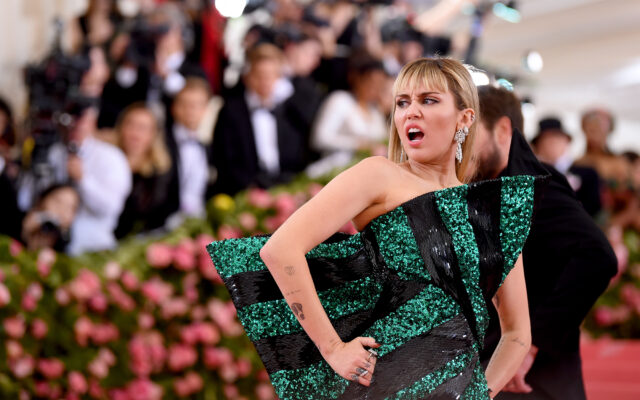 Never say never, that is the phrase that is likely in Miley Cyrus’ head and in the heads of her fans as well after she posted pictures of herself in the studio with her former collaborator, Mike-Will-Made-It.

Cyrus and Mike worked together on her hit album, Bangarz, and now it seems Miley is backtracking from her comments about “never coming back to Hip-Hop music again.”

Miley is seen at the microphone, presumingly laying down vocals on a new track while Mike Will, Slim Jimmy from Rae Sremmurd, Bibi Bourelly and Tobias Jesso Jr. stand by.

Miley debuted “You” during her New Year’s Eve special so it’s only a matter of time before fans will get a listen to the song and perhaps another hit like “23.”

More about:
D-Wayne
Mike Will Made It
Miley Cyrus