NASA/SpaceX Postponed Until Saturday Due To Weather 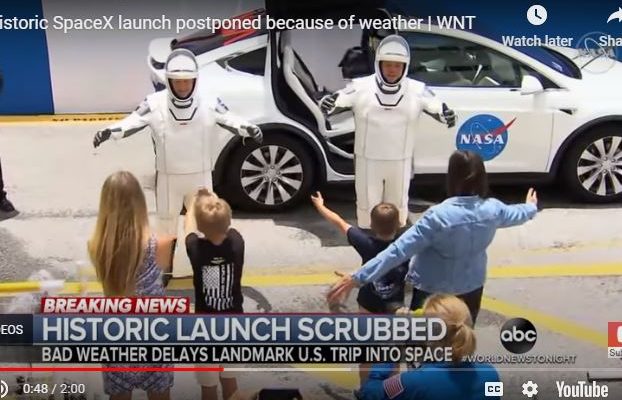 NASA has been waiting almost a decade for astronauts to be launched into space from American soil—and they’re going to have to wait at least another three days. The historic SpaceX launch from Cape Canaveral was called off Wednesday with just 16 minutes to go. NASA said the test flight to the International Space Station with astronauts Robert Behnken and Douglas Hurley was scrubbed due to “unfavorable weather conditions.” President Trump and Vice President Pence had traveled to the Kennedy Space Center in Florida to watch the launch, but hours before the scheduled 4:33pm liftoff, controllers warned that with thunderstorms in the area and the risk of lightning, the chances of the launch happening on time were only 40%. The next opportunities to launch will be Saturday or Sunday around 3pm. When the mission does blast off, it will be the first time a private company has sent astronauts into space.