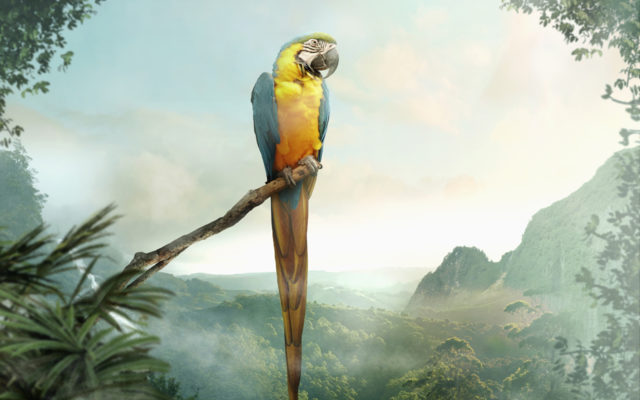 Cops rushed to a Florida house after neighbors reported hearing a woman screaming inside — only to be introduced to a green parrot named Rambo that had been taught to say “Help! Help!” and “Let me out!” Four Palm Beach County Sheriff’s deputies turned up at the owner’s door, according to the video of the December 29th misunderstanding. It shows the owner, who is not identified, fixing the brakes on his wife’s Mini Cooper in Lake Worth Beach. Rambo can be heard screaming “Somebody help!” in the background. “Your neighbor thinks there was screaming,” one of the arriving deputies tells the man, who smiles. “I’ll bring the screamer to ya,” he promises, opening the gate to his backyard and returning with his 40-year-old pet perched on his hand — still squawking. “Oh my God,” one of the deputies responds. He also introduced Rambo to the concerned neighbor who called in the screaming.