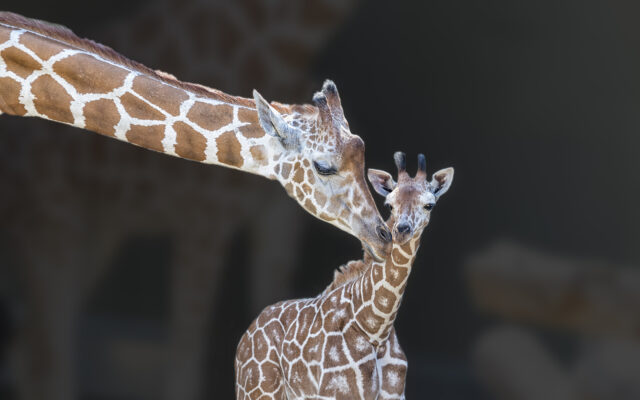 A mother giraffe giving her baby a bath.

For the second time in only months, the Lincoln Children’s Zoo welcomed a new baby giraffe born at the zoo.  Kay, born to mom Ally and dad Joey, is now four weeks old, is healthy and weighs 200 pounds, the zoo told 10/11.

But her birth in February came with challenges. After being born, the Lincoln Children’s Zoo said Ally went into shock and wasn’t able to feed Kay. From there, staff said Kay developed a serious respiratory infection.

“Initially [Ally’s] reaction was unsure what to do,” said Dr. Trent Schrader, the zoo’s veterinarian. “She didn’t have those motherly instincts kick in right away. Those first few hours of life are really important.”

As the infection developed, Shrader said Kay was treated with IV fluids and antibiotics.

“She faced near death experiences,” Schrader said. “There were times when we questioned her survival.”

To help out, The Henry Doorly Zoo collected blood from one of their giraffes to spin out and create plasma. The plasma was transferred to Lincoln where Kay was given a transfusion. Schrader credits that with saving her life.