People Want Columbus, Ohio To Change The Name To Flavortown 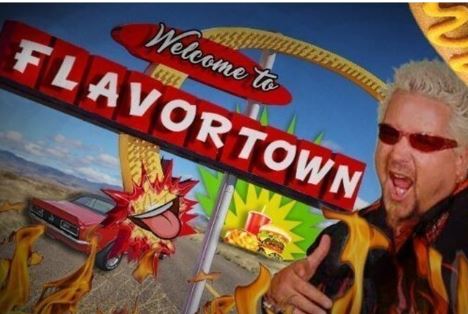 With statues of Christopher Columbus falling around the country, places named after the explorer face a bigger issue. A petition on Change.org suggests a solution for the Columbus in Ohio: Name the city “Flavortown” instead. More than 17,000 people so far have signed on to honoring TV chef Guy Fieri, who’s from Columbus. Tyler Woodbridge writes in the petition that the city’s name is tarnished by Christopher Columbus record of “raping, slave trading, and genocide.” One signer said Fieri raised money for foodservice workers hurt by the pandemic shutdown. “This act ALONE makes him far more worthy of a town named in his honor than Christopher Columbus,” the signer wrote. Flavortown would also recognize the Ohio city’s role as a major test market for the food industry, the petition says. Fieri, who left Columbus for California, hasn’t commented. Woodbridge plans to deliver the petition to City Hall in person.