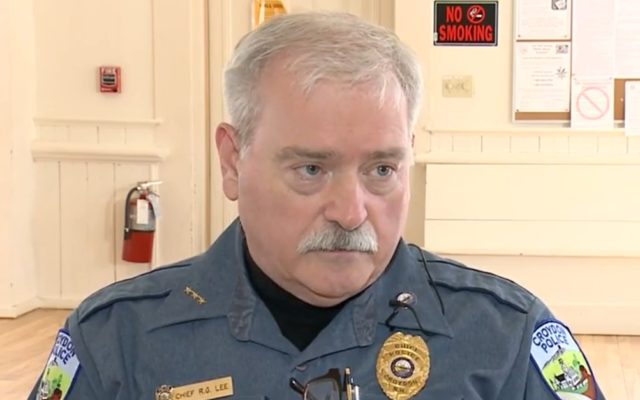 The board of selectmen in the small town of Croydon, New Hampshire voted this week to shut down its one-man police department. The three-person committee voted unanimously to give Richard Lee, who’d served as police chief since 2000, his walking papers, opting instead to pay state police to cover the town’s policing needs. Lee says they told him after the vote he’d need to turn in his badge and uniform immediately, and he took the word “immediately” literally. He stripped off his uniform right there and walked almost a mile in just boots, hat, and undies before his wife picked him up. The selectboard’s chair says the decision was a “well thought out” one made for economic reasons, but Lee says he was blindsided by the vote, noting the meeting’s agenda simply listed “police department” as an item to discuss. Citizens are outraged, but Lee says he’s washing his hands of a career in law enforcement.