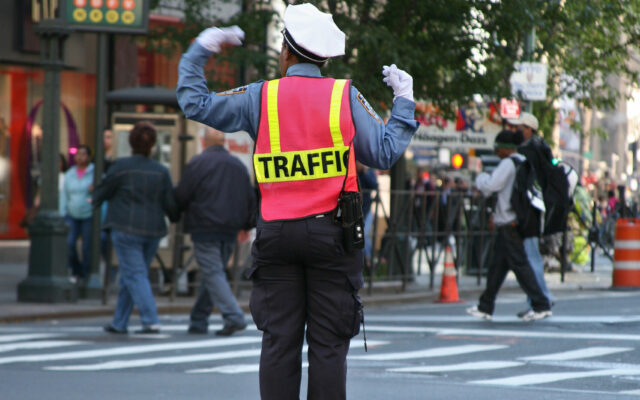 A police officer is being hailed as a hero after saving a Maryland student and being hit herself after a motorist failed to stop in time at a crosswalk. Cecil County Public Schools shared a video of the incident on Facebook showing Cpl. Annette Goodyear of the North East Police Department give a “stop” signal with her hand as a student approaches the crosswalk flanked by yellow pedestrian signs.  The student starts jogging across the street as Goodyear realizes an oncoming car is not stopping in time.

Then, a black sedan came into the frame at a fast rate of speed on track to hit Goodyear and the child. Goodyear quickly jumped into action, grabbing the child by her shoulders and pushing her out of the car’s path, according to the video captured by a school bus camera.  The video appears to show the front of the car striking Goodyear, who falls to the ground. The driver of the vehicle and several onlookers attend to Goodyear.

Goodyear was treated and released from a local hospital.