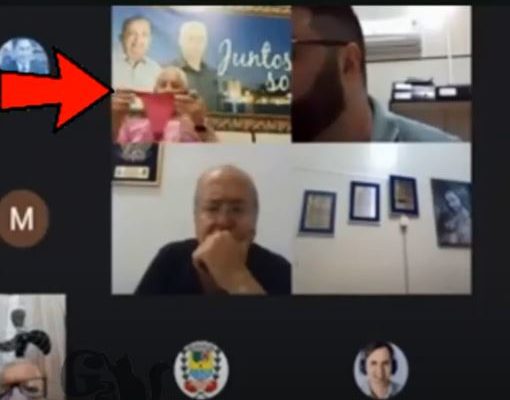 A politician sniffed a pair of women’s underwear during an online council meeting. It happened in Brazil when the Braganca Paulista Town Council convened for an online meeting to discuss taking down some trees in the area. It was an otherwise uneventful chat, except that one member spent it smelling women’s underwear. Ditinho do Asilo can be seen taking out a pair of red panties and bringing them to his nose, clearly unaware that his camera was on. He has since explained what was going on, saying that he got the underwear as a joke gift and thought he turned off both the camera and microphone before opening it, but accidentally had only disabled the mic. He stated, “It was a misfortune of my lack of practice with this technology.” The politician also said he didn’t mean any disrespect to fellow councilperson Fabiana Alessandri, who was speaking as he opened the “gift.” The council is investigating the incident.