Shelter Dog Gets Out And Plays All Night 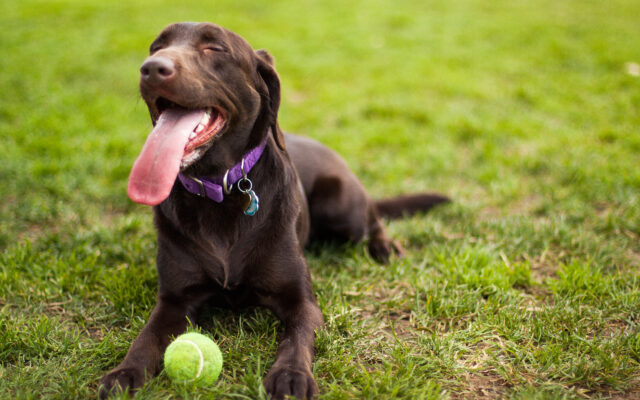 A chocolate Labrador Retriever dog with its eyes closed lays on grass with a tennis ball between its paws.

“Who let the dogs out?” took on new meaning for a Pennsylvania shelter dog that was able to get free from his kennel overnight.

Bedford County Humane Society has a long-time resident, Gilligan, who found his way out of his kennel and played all night.  employee Joyce Ross couldn’t believe what she walked in and found the next morning.  He spent the night playing with all the squeaker toys he could find.

Although he went viral on Tik Tok, the shelter is not looking to adopt him out, but one lady has offered to buy him a toy a month, for the rest of his life.  Checkout how much fun he is having!