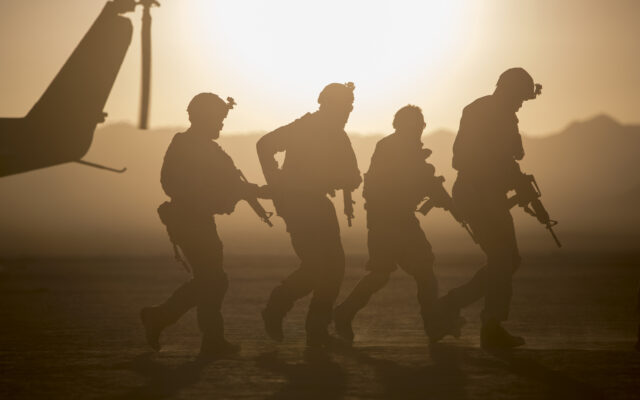 Silhouette of soldiers near helicopter in desert landscape

In 1943, Pfc. Harold Buchanan was driving down a valley road in Missouri and came across something on the side of the road.  He pulled over to find out what it was and found a baby girl laying there with no one else in sight.  After placing the baby in his mother’s arms, he went down the hill to find an overturned car with the girl’s mother in it and father on the side.  Harold was only 121 pounds at the time, but was able to lift the car and get all three of them to the hospital.  He left for basic and thought about that girl and her family over the years.  Fast-forward seven decades and Harold ran into her outside of a Cracker Barrel, where they were reunited by fate.  Read the entire story HERE.