Tiësto From DJ To Dad 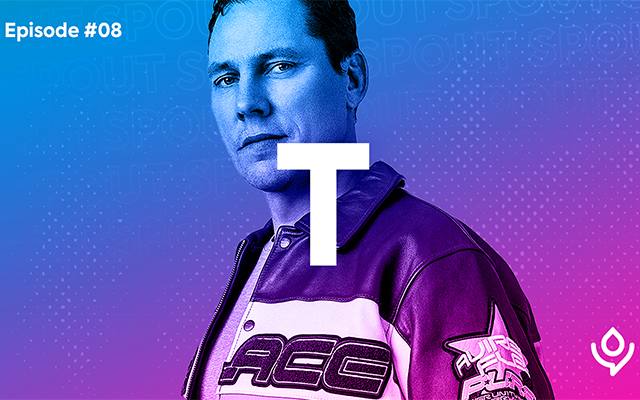 By most accounts, Tiësto has received the highest possible recognition a DJ can receive. Mix Magazine named him the ‘Greatest DJ of All-Time’ and DJ Mag readers crowned him ‘The best DJ of the Last 20 Years’, but we learn there is so much more to him in the latest episode of the Spout Podcast.

In this episode, Tiësto shares with DJ Automatic how blessed he feels to have grown up in the Netherlands, what lessons about celebrity he observed from Jay-Z, his secret to happiness, the funny story about how Drew Barrymore and Cameron Diaz asked him to play a song they could dance to, and more.

As a world-traveling DJ and producer, Tiësto is used to the late-night jet set, but he shares that he’s come to enjoy being home more during the pandemic, “When you travel all the time it’s really nice to not do a thing. Covid has been my sabbatical. I’ve taken a year off and I’ve gotten to live a normal life.”

Tiësto goes on to talk about being a new father with his wife, model Annika Backes, “I just had a beautiful daughter who is three months old now. This was a really amazing time for me to have time off. It’s the best thing ever.”

Tiësto’s compassionate side didn’t just appear once he became a father. His philanthropic efforts have helped raise money in the fight against AIDS and he supports the World Childhood Foundation.

Listen to his episode on the Spout Podcast to hear more of Tiësto’s journey from DJ-to-producer-to-philanthropist-to-father.