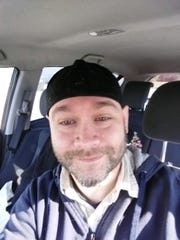 A Kansas man who wanted legal permission in Iowa to engage in a sword fight with his ex-wife is not insane but merely angry over their child custody arrangement, according to a psychological evaluation. David Ostrom asked in a January 3rd court filing to be allowed to fight his former wife, Bridgette Ostrom, and her attorney, Matthew Hudson, so that he can “rend their souls” from their bodies. The Ostroms have been embroiled in disputes over custody and visitation issues, and property tax payments. An Iowa judge responded by temporarily suspending David Ostrom’s child visitation and ordering the evaluation. It found he is not troubled, but has “adjustment disorder” with mixed emotional features. “It essentially says I’m not crazy, I just don’t like being denied access to my children,” he said. He previously admitted that he only filed his “trial by combat” motion to get media attention for his case.