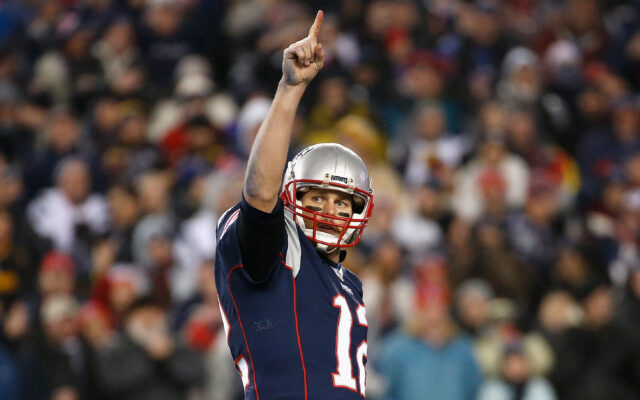 FOXBORO, MA - JANUARY 22: Tom Brady #12 of the New England Patriots reacts during the second half against the Pittsburgh Steelers in the AFC Championship Game at Gillette Stadium on January 22, 2017 in Foxboro, Massachusetts. (Photo by Jim Rogash/Getty Images)

Tom Brady is The GOAT for a reason and he is proving it is off the field too.  You may not like the teams he’s played for but he goes above and beyond to make everyone feel special….especially this kiddo!  Noah was battling brain cancer when Tom sent him a personal video to keep going.  Noah beat cancer and got to meet his idol!

@espnAfter #TomBrady encouraged Noah in a personal video to him while he was fighting brain cancer, Noah beat the cancer and then got to meet his idol last week ❤️👏