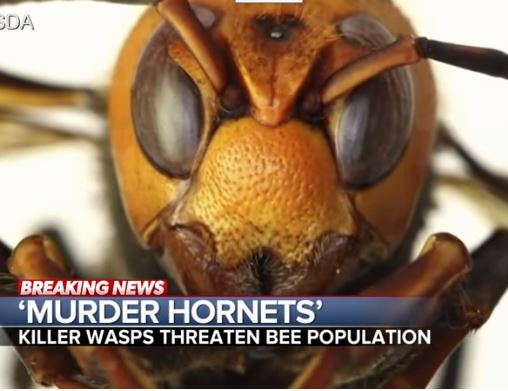 A man in Spain, 54, died after being stung in the eyebrow by a ‘murder hornet’ while tending to a wasp nest close to a beehive he owned. The deadly insects from Asia were first spotted last weekend in Washington state. Measuring up to 2 inches long, the world’s largest hornets have been known decimate beehives and kill up to 50 people a year in Japan. Such reports have whipped up a national panic that may lead to more “needless” damage to those essential insect populations. “Millions and millions of innocent native insects are going to die as a result of this,” said Dr. Doug Yanega, a professor of entomology at the University of California. “Folks in China, Korea and Japan have lived side by side with these hornets for hundreds of years, and it has not caused the collapse of human society there. My colleagues in Japan, China and Korea are just rolling their eyes in disbelief at what kind of snowflakes we are.”

Take a look at what these hornets are all about.