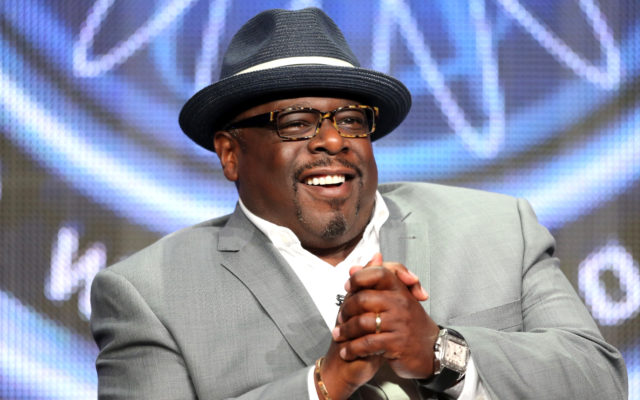 BEVERLY HILLS, CA - AUGUST 04: Host Cedric the Entertainer speaks onstage during the "Who Wants To Be A Millionaire" panel discussion at the Disney/ABC Television Group portion of the Television Critics Association Summer Press Tour at the Beverly Hilton Hotel on August 4, 2013 in Beverly Hills, California. (Photo by Frederick M. Brown/Getty Images)

It’s just been announced that Cedric the Entertainer will serve as executive producer and host this year’s 73rd Emmy Awards.

“Since I was a little boy huddled up next to my grandmother, television has always been my reliable friend…It’s an enormous honor to host this year’s Emmy Awards.”

Cedric’s hosting duties expand his relationship with CBS as his sitcom The Neighborhood has been renewed for a fourth season.

Nominations for this year’s Emmy Awards will be announced on Tuesday morning.