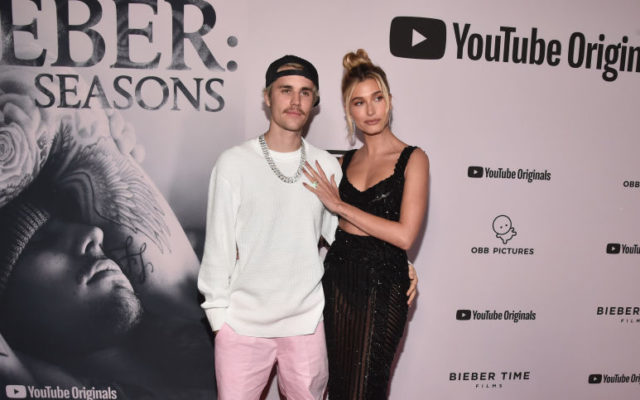 Hailey Baldwin is definitely the “cleaner” in her marriage and she was there to clean up another potential mess before it got out of hand.

When Justin posted a picture of him and his wife, he captioned the photo, ​​”Mom and dad,” and fans quickly speculated that Hailey was pregnant.

Hailey responded commenting, “I think you should maybe change this caption to *Dog Mom and Dad* before anyone gets it twisted,” she wrote along with a crying laughing emoji.

Last month Baldwin had to clear up another rumor that Justin was yelling at her after a show in Las Vegas. She later tweeted about how “amazing” her weekend was and wrote about the alleged incident saying, “Any other narrative floating around is beyond false. Don’t feed into the negative bulls–t peeps.”