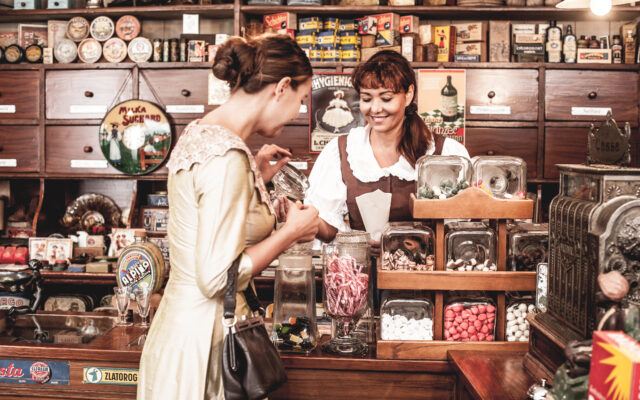 Series of images of a vintage shop and shopping. Multiple brands/logos visible and all of them are also outdated and not in use anymore.

After 12 years, Omaha’s candy man Larry Richling started chewing on the idea that retirement might be within reach.  Some sour rumors spread, claiming the curtain was falling on Hollywood Candy.  “Not anywhere near true,” Kristl said. “We would never let an Omaha icon like this close.”

The Hollywood Candy you know and love looks much the same with its new leadership, but in the underbelly of the Old Market store, Richling is selling off his massive collection of movie memorabilia.

“I just don’t want to see it all become irrelevant again,” Richling said.

Millie hopes to find a picture-perfect home for every poster and projector reel.  “A lot of these go back to the 20s and 30s,” Millie said.  Read more HERE.