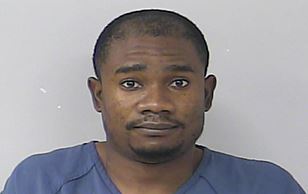 When police found guns and a bulletproof vest in his SUV, a Florida man denied owning them, claiming he’d sold the vehicle “to his cousin John Wick,” an arrest affidavit states. Responding to a 911 call about a domestic violence incident on Sunday, cops questioned Getro Gelin, 27, at his residence in Port St. Lucie. A woman told police that Gelin shoved her to the ground and threatened her with a firearm. After the victim said that Gelin may have hidden the gun in his Porsche SUV, cops searched the vehicle and recovered a Glock 21 pistol, a semi-automatic rifle, and a bulletproof vest. When asked about the guns in the auto, Gelin “replied he had sold the Porsche to his cousin John Wick.” (John Wick is the name of an assasin played by Keanu Reeves in a hit action franchise.) Gelin subsequently “stated he lied about the name, but that he would not reveal his cousin’s name.” He was arrested for aggravated assault.