Man Stole Over 100+ Pairs Of Flip-Flops Because Of Fetish 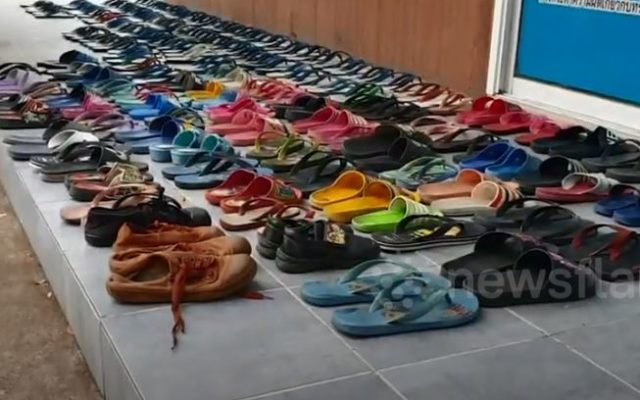 A Thai man was arrested for stealing more than 100 pairs of flip-flops — which he admitted to having sex with. Police first knew something was awry after receiving dozens of complaints from locals over missing shoes. CCTV footage eventually revealed the culprit to be Theerapat Klaiya, 24, who was filmed lurking outside his latest victim’s home. Cops busted Theerapat on May 24th with 126 pairs of flip-flops that he admitted to taking over two years. The footwear fetishist described how he would wear the sandals, which spanned every make and size, around the house to arouse himself. He would then caress and kiss the well-worn flip-flops, strip down and rub them all over his naked body, and then, eventually, make love to them. Once he was done ravaging his sole mates, he’d toss them aside and look for a new pair. Theerapat will be held in jail for theft until prosecutors decide what to do with him at his next court date.

NewFlare.com has the whole story and more pictures.