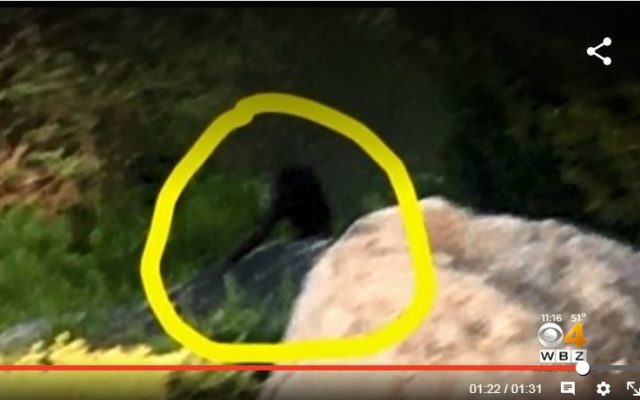 A Massachusetts animal hospital shared a witness’ blurry photo of a mystery animal that some say is a monkey on the loose. “If you see this animal call the Tewksbury Police immediately!” the post by Shawsheen Animal Hospital said. “DO NOT touch the monkey!! Monkeys can be dangerous and can carry Herpes B virus, which can be fatal to humans.” Dr. Michele Caruso said hospital staff members expressed disbelief when police contacted them to ask about the sighting. “They asked us if we had potentially seen a monkey or lost a monkey. We laughed. We thought they were joking. They said, ‘No, there’s been a monkey sighted on your property,'” Caruso said. The animal in the photo has not been identified. Officers searched on ATVs and by using camera drones, but the animal could not be found. “It’s definitely not a dog, it’s not a cat. It doesn’t look like a bear. Someone said could it be a fisher cat,” Caruso said.

CBS Boston has the whole story.