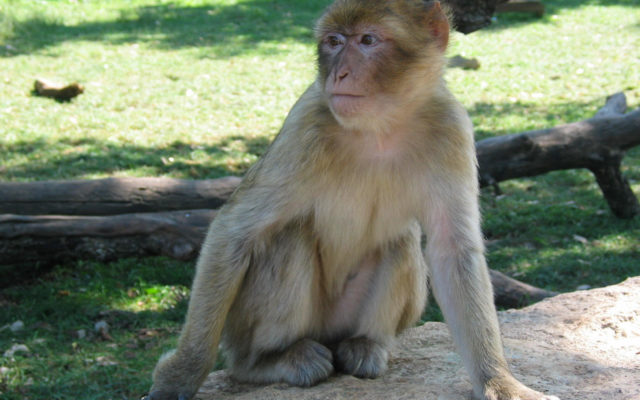 So here in the US we’ve all been worrying about the Coronavirus…. Turns out that’s not the only thing we should be worried about… at least if you plan on visiting Florida anytime soon… I’m talking about herpes-infected wild monkeys! Yep, and they are in Florida!  Authorities are warning residents of the First Coast (a northeast region along the Atlantic ocean) about sightings of dangerous macaque monkeys. University of Florida primate scientist Steve Johnson said, “The potential ramifications are really dire.” A Florida Fish and Wildlife official said the monkeys pose a serious risk “without management action.”

Here’s the thing though….. NO ONE HAS TRIED TO STOP THE MONKEYS POPULATION FROM GROWING SINCE 2012! A tour boat operator first brought these herpes infected monkeys to Florida in the late 1930’s  as a tourist attraction. He brought them all to an island at Silver Springs State Park- BUT there was a problem… What do you think that was? “They can SWIM.” They swam off the island and are now in Tampa and have just started taking their lil’ monkey show on the road and have now started appearing around the Jacksonville area. Newsweek reports on 18 known incidents of the wild herpes carrying monkeys scratching or biting Floridians. Officials say 50 people have gotten herpes B from the monkeys. We should see if Kim Kardashian has ever been bit…..