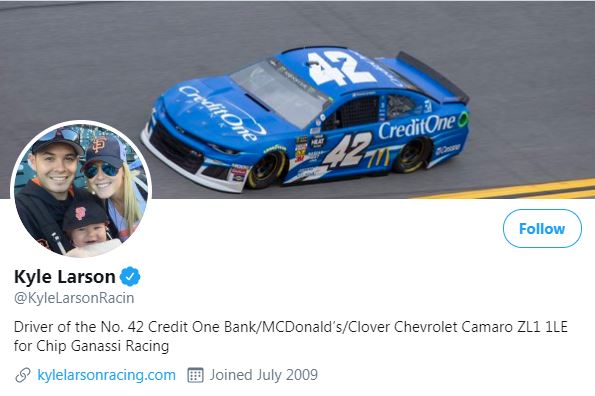 NASCAR has suspended driver Kyle Larson after he used a racial slur during a virtual race over the weekend. Kyle was taking part in an iRacing match-up with 61 other racers which was broadcast live to viewers on Twitch and eNASCAR.com. During the race, after experiencing audio difficulties, Kyle is heard saying “You can’t hear me? Hey, n***er.” A fellow driver quickly points out to Larson that everyone can hear him. Larson posted a video to his Twitter page apologizing for his language.