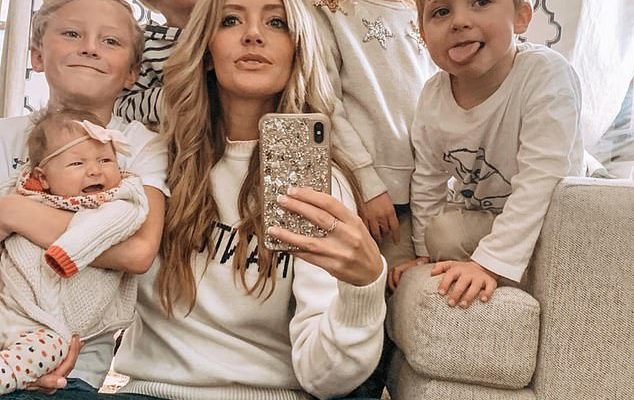 The Lone Peak Police Department in Utah are used to dealing with every type of 911 call you can think of. But at 2am, they weren’t expecting this request… A mom who was in desperate need of baby formula! Shannon Bird who has 5 kids said she considers herself kind of a pro at raising babies. She had breastfed all of her children without a problem. so she didn’t feel the need to ever buy formula. BUT when she wan’t able to breastfeed her six-week-old daughter in the middle of the night, she had no idea what to do. She only had 2 ounces of breast milk left in her freezer, but she knew that wasn’t going to cut it for the entire night… So Shannon called 911 when she realized she needed formula for her newborn and her husband was out of town and no answer from any neighbors and other family. She said she went into full on panic mode! All four other kids were sleeping, and one of them was in a leg cast so loading them all up in the car and driving on snowy roads in the middle of the night to buy formula at the store didn’t seem like it was an option.

As her LAST resort, she called 911.
“I’ve never been in this predicament ever. My milk just literally dried out,” Shannon said on the 911 call… “This is my fifth kid and this has never happened.” Officers Brett Wagstaff and Konner Gabbitas were the one to respond to her call. The officers looked at the 911 dispatcher’s notes, which read “need milk,” so they grabbed a gallon of milk at a nearby convenience store. Officer Wagstaff delivered it to her door, but realized that London was TOO young for regular milk and needed baby formula instead. “We’ll leave this with you,” the officer was heard saying on body camera footage. “We’ll be right back with some formula for your baby. She’s adorable.” Off went Officer Wagstaff and Officer Gabbitas to the store and returned with the formula. “That’s the same stuff we gave my daughter when she was first born, so hopefully it doesn’t upset her stomach,” Officer Wagstaff, who is also a parent, said to Shannon in the camera footage. Bird said she didn’t expect the officers to get the formula for her, her initial plan was to go to the store herself and have the officers sit outside the house while the kids slept. In the end, the officers didn’t let her pay for the milk and formula.
“They went above and beyond and helped me when I was most in need,” Shannon said. While this was the first time Officer Wagstaff responded to such a request, he said it’s no different than any other emergency. “It’s just part of the job,” he said. “I don’t think there’s any officer in the world that would have acted differently. We all got in this job for different reasons, but all the officers I know just want to help people.”