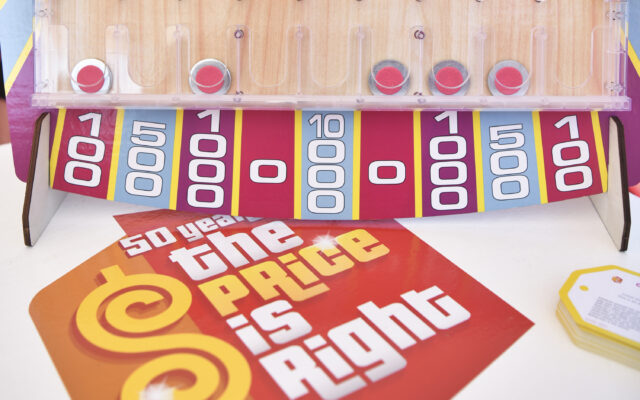 INGLEWOOD, CALIFORNIA - SEPTEMBER 30: A general view of atmosphere at the CBS "The Price Is Right" 50th Season Celebration at Randy's Donuts on September 30, 2021 in Inglewood, California. (Photo by Rodin Eckenroth/Getty Images)

A contestant on “The Price Is Right” found herself slightly disenchanted with her prize.  Catherine Graham from Marshfield, Massachusetts flew to Los Angeles for a shot at the iconic game. She was selected to play the pricing game, where she snagged a firepit and loveseat during the February 1 episode.  When she went on to play the “Side By Side” portion of the game, she was a little bummed to learn about the prize.

Graham correctly guessed that the value of the trip to New Hampshire was $7,696 instead of $9,676 yet, she was disappointed.  Why? Because New Hampshire is a destination that the Boston resident has visited “a million times” before.

Graham admitted that she had a great time competing on the show, and while she likes New Hampshire, she wishes she won a different prize, perhaps somewhere a smidge warmer.  “I just wish it was Tahiti or some place, or Bora Bora,” she said, adding, “A cruise around the world maybe.”