Son Reunites With Parents After 32 Years 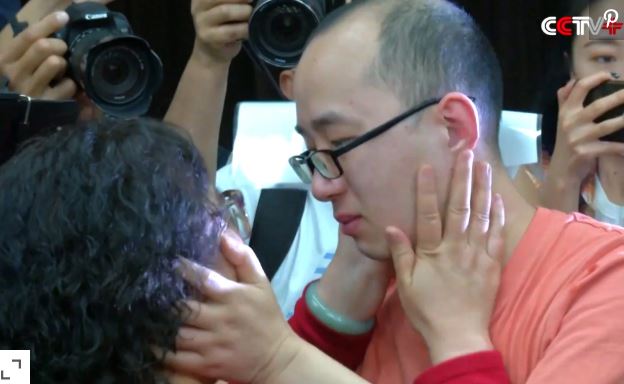 Li Jingzhi quit her job to search for her 2-year-old son after he was abducted near their home in 1988. She put up more than 100,000 flyers, joined a volunteer group, and eventually helped reunite 29 missing children with their families. Then on Mother’s Day, Li received “the best gift I have ever got” when police learned about a boy of the correct age who’d been sold to a childless couple for about $845. Facial recognition and a DNA test confirmed it was Li’s son. Renamed Gu Ningning, the 34-year-old plans to spend several days with his biological parents, whom he met at a news conference Monday. An emotional video shows him running into the waiting arms of Li, whom he’d previously seen on TV, pleading for the return of her son. “I would like to thank the tens of thousands of people who helped us,” Li says. “I can’t believe that after helping 29 missing children find their families, I am able to find my own son.”

People.com has the whole story.